Connect with:
HomeBuildingsA Townhouse Explodes. What should replace it?
Buildings
0 likes
2641 seen
0 Comments

A Townhouse Explodes. What should replace it?

By David Brussat
In the morning of July 10, 2006, Dr. Nicholas Bartha, 66, took his own life by blowing up the townhouse he had resolved to live in until his death. The story of marital failure leading to lawsuits leading to the gas explosion is too sad to recount and beside the point of this post.  The lot at 34 East 62nd St., on one of Manhattan’s wealthiest blocks, has been empty for a decade. The battle to build anew has pitted preservationists against each other, and exposes the preservation ethos at its worst.The New York Times and The Architect’s Newspaper reported on the battle over the most recent design proposal.The controversy reminds me of the 1845 Greek Revival townhouse in Greenwich Village that was demolished during a 1970 attempt by the Weather Underground to build a bomb. It was replaced in 1978 by a quasi-modernist townhouse of brick, designed by Hugh Hardy in the same style except that its three bays seem to swivel on a vertical access so that half of it swings in on the building facade and the other half swings out. Really quite an interesting response to the site’s history, much more ingeniously creative than might be expected of a modernist. Lovely, in fact.

The first idea to build on the site of the exploded Upper East Side townhouse was more predictably modernist – determined not to fit into its context. Designed by Preston Phillips, it was nonetheless okay’d by the city’s Landmarks Preservation Commission, but in the aftermath of the 2008 recession it was not built.

That the commission seemed to have no problem with that design is a problem not just for the commission but for preservationists and historic districts generally. That the LPC last July approved a more recent, traditional design by HS Jessup Architecture is to its credit, but the approval was immediately criticized by the Historic Districts Council:

HDC finds that while the proposed design is not offensive and would be constructed of appropriate materials, it raises the question of whether it is appropriate to construct faux historic houses in historic districts. Introducing a design that is of our time or replicating the house that originally stood here would be acceptable strategies, but this house, while thoughtfully picking up details found in the neighborhood, does neither. The house might look like it has always been here, but we are not sure that would be an honest approach.

Friends of the Upper East Side Historic Districts seconded the HDC critique, but with a twist, adding that it may be a missed opportunity for a more creative design:

[FUESHD] has spoken out in the past about ersatz historic facades, and although this building is not an exact copy of a historic building, it closely resembles one and could be seen as a very literal adaptation. This site could be an opportunity to take a more contemporary approach.

So this group is not only against exact copies of previous structures but against anything a passerby might think is old.

Such blind adherence to decades’ old modernist dogma raises the question of what preservation is all about. Does Manhattan or any historic neighborhood exist for the benefit of the people who live and work there, or is it a museum in which what is built is determined by a curator’s diktat? Preservationists should embrace new architecture in traditional styles because cities can and should change. But change need not poke folks in the eye. New traditional work is a strategy for embracing change without placing historical character at risk. Historical character, not just old buildings, is what preservationists should protect.

We are often warned that cities are not and should not be museums – mostly by architects and architectural historians who oppose new traditional architecture because it does not “reflect our time.” But can architects be trusted to determine how concrete, steel and glass express “our time” when historians themselves cannot even assess an era’s meaning with the perspective of decades or more?

On the other hand, if it may be said that “our time” is one of stress and discord, should architecture strive to reflect it? Obviously not, or so you would think. To pick up a long discarded modernist mantra – and a rising preservationist mantra – architecture should instead be part of the cure. It should not be fashionable to design buildings that stress us out. Isn’t our era doing enough of that itself?

Architects and preservationists who continue to embrace this “of our time” bugaboo are guilty of perpetuating not just an era but an error. Preservationists should look, rather, with favor on the proposed new building at 34 East 62nd St.

Greenwich Village townhouse after explosion and after rebuilding. James Barron for The New York Times 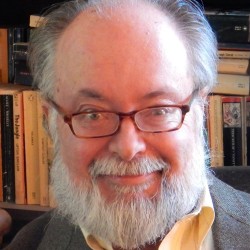 The Proud Boys and their patricians

The Park Avenue of Michael Cohen